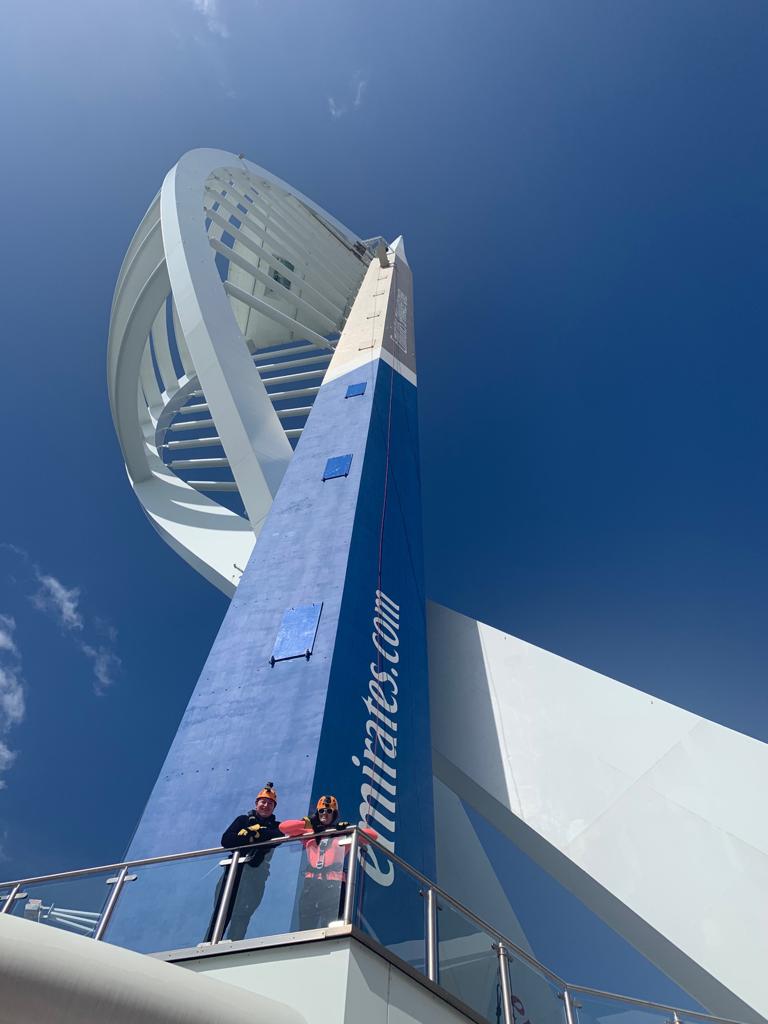 Hall & Woodhouse team members from across the south have collectively raised over £6,000 for local Air Ambulance charities in September by taking part in an abseil down Spinnaker Tower and the Thames Path Challenge, in support of National Air Ambulance Week.

30 team members from 10 different Hall & Woodhouse pubs took part in the nerve-racking 170 metre descent of the Spinnaker Tower, with The Lulworth Cove Inn, The Crown Hotel in Blandford and The Old Granary in Wareham all participating in the challenge.

In additional a group of six team and family members took on the Thames Path Challenge, a 100km trek from Putney Bridge to Henley. Two of the team bravely completed the full 100km challenge and between them raising £1,200 for the local Air Ambulance charities.

Lucinda Gray, Next Generation Family Director and Company Relationship Manager at Hall & Woodhouse, said: “I am so proud of the team spirit and camaraderie that I have seen throughout both these challenges. We had team members overcoming their fear of heights and overcoming fatigue and blisters all in order to raise as much money as possible for our chosen charity partner, which is truly inspiring. When it costs £3,000 for each Air Ambulance mission, every penny really does count.”

Eight Air Ambulance charities were voted by Hall & Woodhouse’s team members at the start of 2018 as the company’s official charity partner until 2020, including Devon, Dorset and Somerset, Great Western, Hampshire and Isle of Wight, Kent Surrey Sussex, London, Thames Valley and Wiltshire. The family owned company has now raised over £200,000 to date, with less than £50,000 remaining to reach its ultimate target of £250,000 over its two-year partnership.

Tracy Bartram, Communications Manager at Dorset and Somerset Air Ambulance, added: “Working with Hall & Woodhouse throughout this two-year partnership has been nothing but a fantastic experience. The fundraising that the team undertake is multi-varied and constant. They are enthusiastic and an absolute pleasure for all our eight charities to work with. So many Hall & Woodhouse representatives have taken part in the Spinnaker Tower abseil, which shows how dedicated they all are”.

“I would like to express our sincere thanks to everyone who is supporting our eight air ambulance charities, not only during National Air Ambulance Week, but throughout the whole year. No matter the amount, every penny raised really does make a huge difference to the patients who need us.”

Hall & Woodhouse has raised more than £800,000 for charity over the past seven years through its different initiatives. The company is committed to supporting the local communities across the south of England and is continually looking for new ways to give back to its guests.