Regardless of your profession, industry or area of expertise, to love what you do and work on your passion is a trait that manifests itself within your product.

As our first guests to have been passed the baton from another family, ACME Whistles’ Simon Topman & Ben McFarlane exhibit this pride in the history started by Joseph Hudson over 150 years ago.

Simon & Ben are such advocates for the sense of succession and long-term success over financial gain, and their commitment to continuing the legacy is equal parts admirable, motivational and endearingly touching. 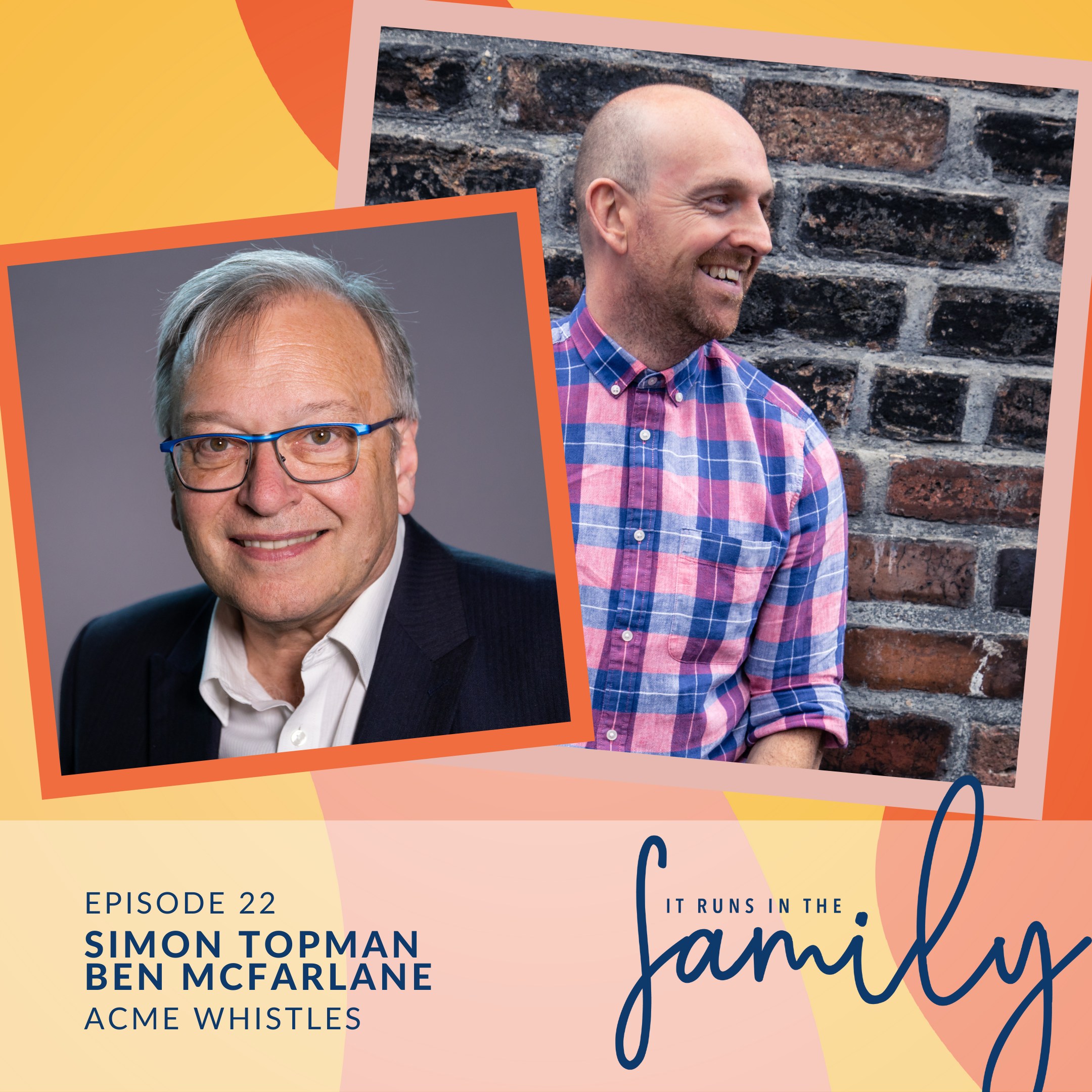 “We have competitors – who doesn’t? If you’re doing something useful and good, you won’t be on your own for long in business. But it is true to say that all the designs and whistles that you could buy from us or our competitors all began with the Hudson family and their original inventions.” – 2:00 – Simon Topman

“The police’s 21,000 unit order in 1883 was the beginning of a whole industry.  Our founder Joseph Hudson could never have guessed the impact it was going to have! To date we have made 460 million whistles over 150 years, and that was what he started with just that first police whistle.” – 8:00 – Simon Topman

“It’s that love of the product and understanding of the product, that appreciation of its history, that almost-instinctive feel for it: that is what I think builds a successful business. Get your product right first, love what you do, and your customers will benefit from that love.” – 11:35 – Simon Topman

“In 25-30 years, there’ll be someone else doing this and they’ll be the ones making the decisions and directing us. But at no point do we feel that this is ours and only ours, and that no one else is ever going to be able to input their mark on it. It’d be very naive to think that.” – 14:45 – Ben McFarlane

“The team has seen that I’ve done everything and, if I’m asking them to do something, they understand that I would be more than willing and capable of doing it myself. It’s been quite important that there’s a two way respect thing, that I think is very much shown in abundance.” – 22:20 – Ben McFarlane

“Boeing used to check for holes in their fuselage by blowing a silent dog whistle on one side of the fuselage, and having a receptor on the other side that would pick up sound waves travelling through.” – 35:35 – Simon Topman

“Have we during my period here invented new products, developed new whistles, patented new things? Yes, we have. But I think that pales into insignificance compared to that handing over the baton” – 43:55 – Simon Topman

“We don’t batch test 5% or 10% of our whistles. We test every single one. That comes directly from Joseph Hudson being such a cantankerous old geezer and insisting on blowing every whistle. That’s a tradition that I think will live on forever.” – 47:45 – Simon Topman

“I don’t think we have regrets really, because you can’t make every single correct decision 100% of the time. But to then feel that you’re always gonna look back and go, ‘Oh, well, we should have done this, or we should have done that’. We’ve done what we’ve done, and we need to move forward with that decision. If something’s happened and we’ve decided to go down that route, we are all in on it.” – 55:50 – Ben McFarlane

“Don’t think purely about balance sheets and P&L. Those are very important, do make sure you understand them, please! But it is the ethos that will really determine the success or failure of your product or service. If you love it, as you love your family – it is in a sense another family member – then I think you’ll be on to something very special. You’ll be able to do something that so few people do in their lives, which is not merely to have a successful business, but to actually thoroughly enjoy what you’re doing at every stage.” – 57:15 – Simon Topman